During our three months of insanity we were – amongst many, many things – renovating our very first home. As anyone who knows me well will attest, interiors are a huge source of fascination and delight for me, so this project gave me the most amazing scope to have a go at my first ever start-to-finish project. I’ve already shared the journey our kitchen took from unloved to lovely, and now I’d like to show you the transformation of our lounge.

We gave up a good third of the original room space to house the new bathroom, and although the lounge became smaller, it didn’t give up any of its comfort or function. Doing this also allowed us a little hallway giving way to the bathroom, bedroom and lounge. Before there was simply a door from lounge to bedroom which just didn’t flow well – it always seems wrong to me to open a door from one room to walk straight into another.

My brilliant stepbrother James Crawford (an interior architect) gave us the idea to put the bathroom on the opposite wall to where we’d originally planned – which totally makes the space – and even helped us out with proper drawings for building control. I owe ya one bro! 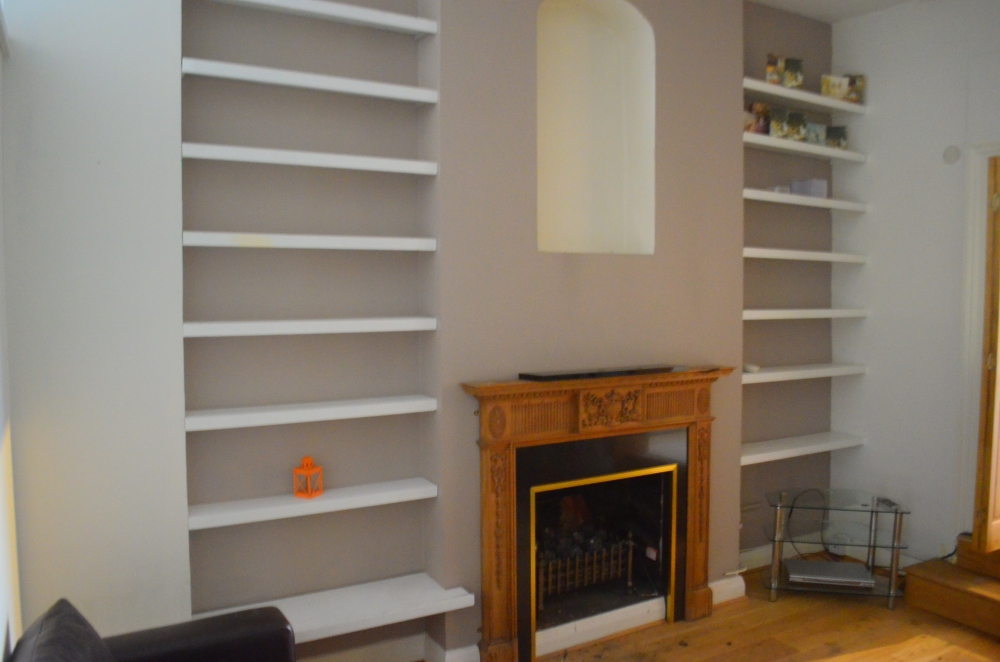 Still needs a bit more dressing on the walls but basically there- hope you like!

Check out my Pinterest Board for the overall vision for the redesign. It’s a pretty fair representation of what we did I reckon, and there are links to some of the actual items.